Aluminum in the Water Prompts Questions

Aluminum in the Water Prompts Questions

Elks Run and its tributary, Elk Branch, are the primary source of drinking water for Harpers Ferry and Bolivar. Tests of an Elk Branch spring show a 20-fold increase in aluminum in September compared to prior months, according to reports shared with government officials in Harpers Ferry, Bolivar, and the Jefferson County Health Department. Aluminum’s health effects have been widely studied and associated with neurological disorders.

The recent tests are part of a water quality monitoring program organized by the Jefferson County Foundation using third-party experts (See Taking Waters into Their Own Hands, February 2021). The program was prompted by concerns over risks posed by the Rockwool factory in Ranson which started commercial operations in July 2021. The Foundation’s previous tests showed slightly elevated levels of aluminum in August and no detectable levels prior to then.

In its own water discharge monitoring report for the second quarter of 2021, Rockwool disclosed elevated levels of aluminum and iron in discharge water to the West Virginia Department of Environmental Protection (WVDEP). Rockwool’s WVDEP filings including an October 14 letter suggested a link between the elevated levels and insufficiently stabilized and vegetated land on its site.

Jefferson County Foundation President, Dr. Christine Wimer, said that the Foundation shared its recent data with the Harpers Ferry Water Commission, among others, to “inform and prompt appropriate follow up actions on the part of governmental organizations… which have the responsibility to take action to protect the region’s water.” The Foundation’s legal challenge of the water permit issued by the WVDEP to Rockwool is currently pending before the state’s Environmental Quality Board.

The Harpers Ferry Water Works has indicated that it plans to start testing for aluminum at the water system intake near the mouth of Elks Run. This testing is scheduled to begin in November and will be a part of its regular quarterly testing schedule going forward. This source-side testing would be in addition to the testing that the Water Works already performs to the water leaving its treatment plan to ensure that its own processes are not putting aluminum into the raw drinking water. 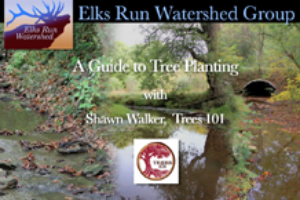 A Guide to Tree Planting (video)

Click on image to watch video Shawn Walker of Trees[...] 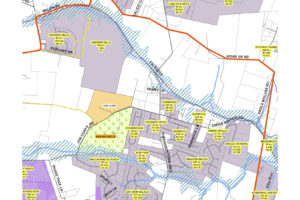